For those without an online subscription to The Times newspaper, here is Neil Fisher's complete review of my Purcell Room debut on the 12th January: 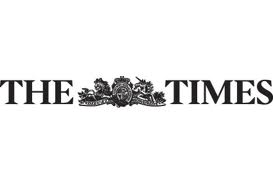 PLG New Year Series 12.01.12 Purcell Room:
Belinda Williams, mezzo & Christopher White, pianist ★★★★
“The Park Lane Group series isn’t known for its dramatics, but the spirit of theatre hovered above the fourth recital by its young artists. Earlier, the featured (or, to use the new PLG parlance, “frontline”) composer Thea Musgrave had discussed the tricky business of opera with Elaine Padmore, a former Royal Opera executive. Appropriately, Musgrave’s “linked” composer was Britten. The ace in her hand was the mezzo-soprano Belinda Williams, bringing operatic grandeur to everything she alighted on.
The contemporary focus can pull some performers off course. Williams played a blinder. Opening with Britten’s A Charm of Lullabies, her presence was undeniable, and her big , rich tone practically Ferrier-esque, from its powerful top to its smoky bottom. Britten’s aren’t lullabies that would please Gina Ford: no screaming baby would hush to the blackly humorous A Charm, to which Williams brought sharp wit: lacking an actual infant, she saved her parental impatience for the (wisely understated) pianist, Christopher White.
But when Williams wanted to let the music speak, she could do that too. In Musgrave’s own work – two early songs from the Fifties, and one morsel from her 1984 opera Harriet the Woman Called Moses – she brought clarion fervour to otherwise unremarkable pieces. That was also true of Janice Hamer’s song-cycle Daughter, Awake with the Moon. As it sounds, here is a Maya Angelou-type eulogising of the feminine experience; Hamer, a former pupil of Musgrave, writes equally spare, nicely plangent music, and looked thrilled at what Williams did with it.”
The Times (Neil Fisher) Monday January 16 2012
Labels: Lieder London Reviews