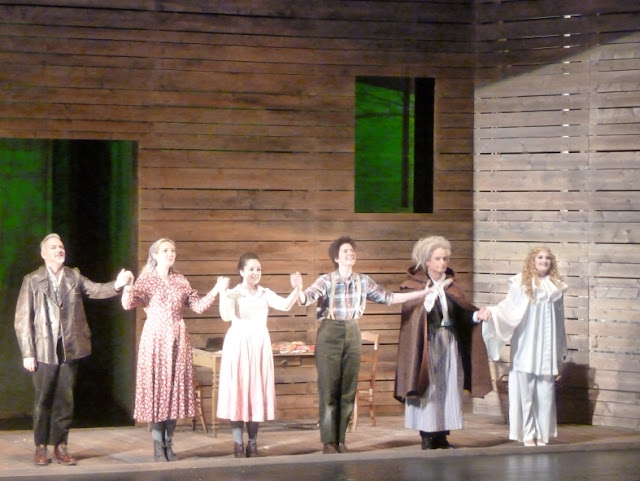 A year ago, I was starting my first production at Wuppertal - Hänsel und Gretel with conductor Julia Jones and director Denis Krief, where we spoke a friendly jumble of Italian, German and English for the 6 week rehearsal period, and I delighted in riding into work on the swinging trains along the river Wupper. The show ran for the 2017/18 season, and I was invited back for the revival - a term that suggests the production gets another shot at life. A show can be 'revived' for many years, decades even, and nothing is changed from its original. My favourite La Bohème production is the one I grew up with at the Royal Opera House, a John Copley original from 1974, which ran all the way up until 2012. As a student, I once watched it from the wings, and backstage one could even see the costumes that had survived since its original rendition, with multiple, often illustrious, nametags sewn inside.

(I was once thrilled to receive a costume for the Buxton Opera Festival bearing the nametag of the great, and tall, Fiona Shaw)
Back in Wuppertal, it's a joy to be back with the familiar faces on and offstage. With a few hours rehearsal, we are up and running again, and as the revival premier day rolls around, I am relaxed enough to spend the whole day beforehand hiking around the fabulous Wuppertal Zoo.

A revival production is at once a time capsule, a pair of comfortable slippers, and an old friend - here's to many more of them.

Hänsel and Gretel at Wuppertal runs for another 3 shows: 24th November, 23rd and 26th December, and tickets and casting information can be found here.
Labels: Revivals Wuppertal Opera Wuppertaler Bühnen 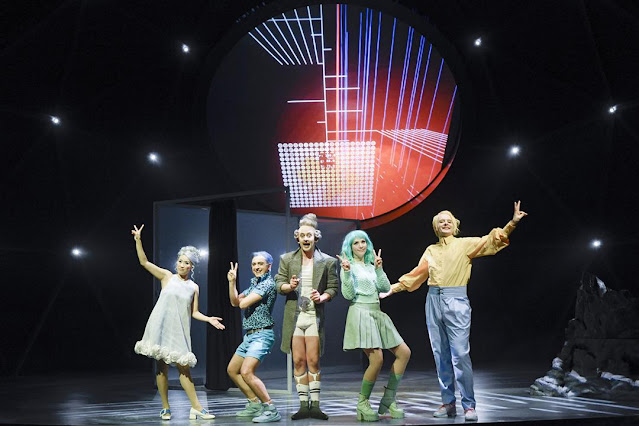