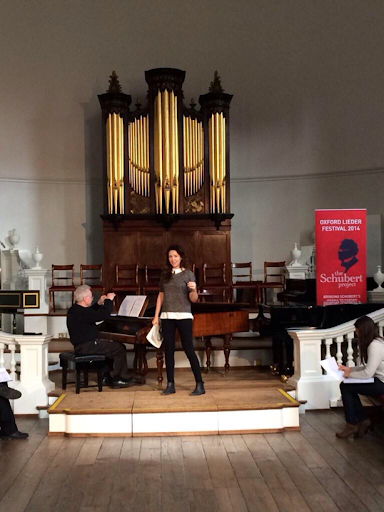 Warming up for Schubert's Kosegarten Liederspiel, with Professor David Owen Norris on the Broadwood in the Holywell Music Room, Oxford.
Sholto Kynoch's hugely ambitious and impressive project to present the complete songs of Schubert over three weeks brings me on a flying visit to autumn-time Oxford. I am overjoyed to be reunited with the wonderful David Owen Norris, with whom I have performed concerts of Quilter, Elgar and Sullivan, but never before any Lieder. Like many during the festival, the concert is a sell-out and a great success. Afterwards we hop across the road for a pub pie and mash and a catch-up before I jump back on a plane for a Rosenkavalier 24 hours later.
Labels: Collaborators David Owen Norris Lieder Oxford Lieder Recital