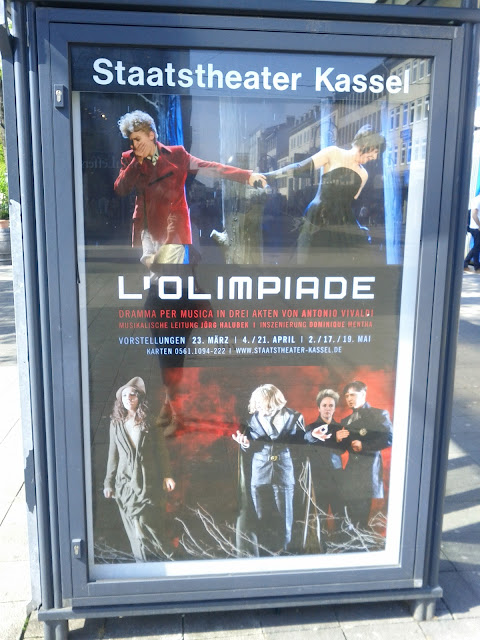 Above, the early May sun shines on one of the L'Olimpiade posters up around Kassel. In fact, we have been extraordinarily lucky with the audience and press response to this little-known Baroque opera. My character ('Argene', bottom left with the pointy hat on) has particularly caught the public imagination, being as she is a child of nature, driven by a single-minded passion for a man who has long-since tired of her, and very much wearing her heart on her warm woollen sleeves.

This is the first show in Germany for which I've been nationally reviewed, so here are some of them so far:

"The evening's biggest applause went to LinLin Fan and Belinda Williams ... Williams arouses enthusiasm as the jilted Argene with her wonderful mezzo voice which fascinates with its freshness and youth."
- Online Musik Magazin, March 2013, Thomas Molke 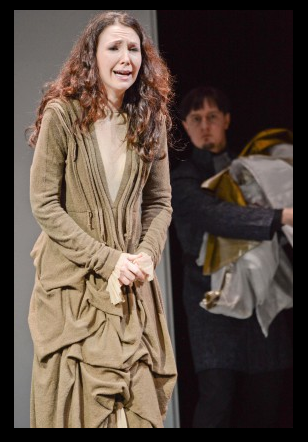 (you can read the full versions in the original German using this link)
Labels: Reviews