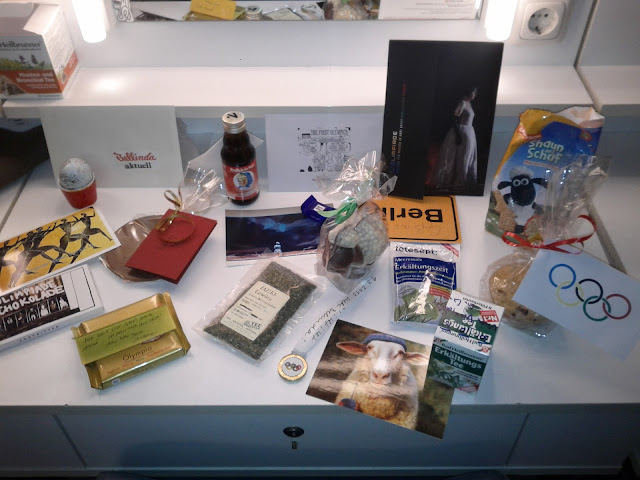 My first night dressing-room table was an eclectic mix of Olympic paraphernalia, sheep, and cold and flu preparations. In Vivaldi's L'Olimpiade, I play the jilted lover, stalking her ex whilst disguised as a shepherdess, against the backdrop of the ancient Olympic games. So, that explains the medals and Schaun das Schaf biscuits. The Erkaltungstee, vitamin tonic, energy bars and restorative bath salts however are testament to what has been the most illness-ridden production any of us have ever witnessed. Every single member of the ensemble was struck down by a pernicious virus, which saw me with my first ever bout of the singer's most feared affliction - the dreaded laryngitis.

A show-must-go-on mentality, love for our art, and the small fact that one tends to be paid per performance, means that in reality a singer will often perform despite being unwell. I once sang a run with bronchitis (highly unadvisable), and I know both a soprano who sang through Braxton Hicks and a tenor who carried on despite breaking two fingers in Act 1. Get laryngitis, however, and the game is up. In the last week of February, after tears of frustration, I cancelled my first ever show (the fantastic Così production we opened here in December), and then my second (The Magic Flute). I was also missing the final crucial week of production rehearsals for this little-performed single-cast Baroque opera, and my ENT Doctor said there was no way I'd be singing until the (open!) dress rehearsal. So, I sat back and waited to be fired...

It turns out that the world doesn't end if you cancel.

Especially not in Germany. Thanks to the well-oiled Einspringen system (where who's singing what is on a centralised database from which the state agency can organise jump-ins), a nice mezzo from Komische Oper stepped in as 'Dorabella'. Meanwhile, I stayed completely schtum for 9 days, dosing myself up with German medicines. As I am on contract, I did not have to worry about meeting rent after lost earnings. I had umpteen get well messages from an incredibly supportive ensemble, and finally, after tentatively trying my voice the day before, I gave a fair (albeit quieter and more measured) account of myself at the dress rehearsal. 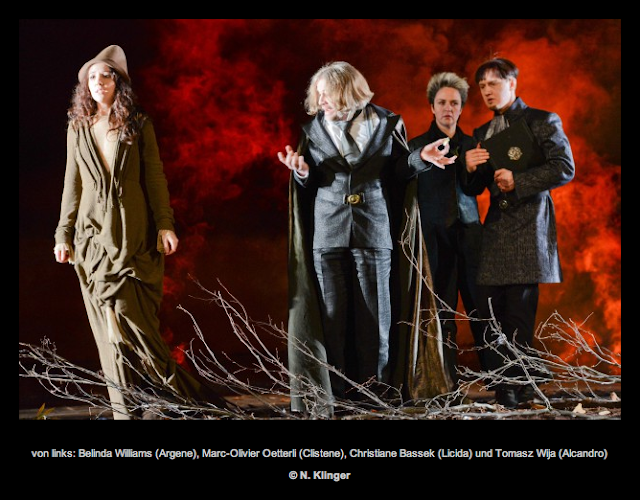 A few days later, and opening night was upon us. The production was live-broadcast on the radio and online, and two subsequent reviews have described me as sounding 'fresh' - if only they knew!
Labels: Premieres Staatstheater Kassel